What’s all the fuss about?

Solar Photovoltaic harvests energy from the sun and converts it into the electricity so central to our modern day lives. Over 100,000 switched on homeowners have already bought into the vision of generating clean, renewable and financially lucrative energy without having to rely wholly on the national grid. Those who have had the foresight to preempt energy price inflation, and install a solar photovoltaic system guaranteed to provide an incomparable return on investment, are already cashing in on the generous subsidies established to energise the clean energy revolution. 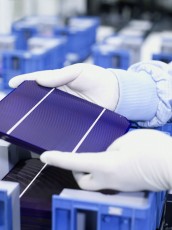 How does solar electricity work?

Solar photovoltaic cells consist of several layers of semi-conducting material, which convert sunlight into electricity. When sunlight shines on the cell it creates an electric field across the layers as photons from the sun displace the electrons orbiting the atoms within the cell. This creates an electrical current which can be used to power lights and electrical appliances. The stronger the sunshine, the more electricity the solar panels can produce, but you’ll still be able to generate on a cloudy day. Ramki install solar systems mainly in the south east of England which receives more sunlight than the rest of the country, offering the greatest returns.

The potential power of a solar PV cell is measured in kilowatts peak (kWp). This is the rate at which the it generates solar energy at peak performance in full direct sunlight. The electricity generated by a solar photovoltaic system is measured in kWh, or the kilowatt hour. 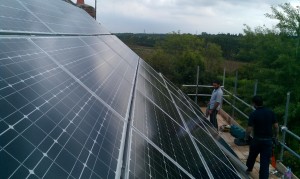 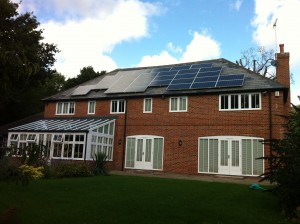 Typical installations cost between £4,000 and £8,000 depending on their size, but with the revenue from the Feed-in Tariff, the energy savings, and the electricity you sell back to the grid, you can usually expect to have the system paid off in less than 10 years. But of course solar isn’t just a smart home improvement for the financially switched on. You’ll also enjoy better energy security, a clearer conscience and the satisfaction that comes from knowing you’re part of the solution.